Dear readers, as I used to hear about the red bull company since my childhood. And I hope most of you heard the same, since the day I heard about this drink. I use to get excited about the taste and quality now my excitement is at an extreme level. Because I’m going to write about this.

So keep on reading guys. I make sure that will provide all details in-depth about the company in this blog. while making assure that everybody will enjoy it.

In the summer of 1982 the Austrian businessman, Dietrich Mateschitz had found himself suffering from jet lag. During a business trip to Thailand. After reaching there he tried a local drink called krating Daeng which get rid of his jet lag on the spot.

So Inspired by the magical qualities of the product Mateschitz decided to bring the product home. In the format of a brand ‘new product’ category of the energy drink. He pitched his idea several times to western investors. But got turned down because they didn’t see a market for the product outside of Asia.

At the start, the drink was banned in Germany, still, Red bull company profited from the reputation as an outlaw brand. And many young German’s crosses the borders to Austria to buy the banned energy drink. Red bull sold over a million cans in their first year.

From Austria red bull quickly spread across Europe, first to Slovakia, Hungary. In 1992, then Germany and by 1994 it was in the UK. When they entered in US market three years later, Red bull was selling over a million cans per day.

Soft drink giant companies like Coke and Pepsi could benefit from deeper pockets. But they underestimated the strategic intent of Mateschitz and the upcoming brand. He had created a new kind of corporation that focuses only on the downstream activities of the value chain. While outsourcing operations such as production and logistics. They itself actually not producing the drink and filling it in the cans. But they were doing it completely outsourced. They fully commit their resources to sell the drink looking at the profit margin, which really pays off.

One of Red Bull’s secrets to success is that they can charge a much higher price than their competitors.

Red bull makes each can for approx 9 cents and the suggested retail price for a can is 3.59 USD. The biggest customer’s like Walmart and big grocery store’s pay between 44 and 48 USD per case of 24 cans. That means 1.87 USD per can, which is more than 20 times the cost of production. The reason people are willing to pay so much for sugar water with taurine is the brand power of Red bull company.

Obtaining the best result of a well-thought-out marketing strategy to create a market for his product. Mateschitz had first focused on the club scene. It’s really hard to imagine a student party without several packs of Red bull.

Since the company actively made use of student brand managers. Those students were popular in university, like those who encouraged to promote Red bull on university campuses. And throw parties at different locations, and supplied entirely by Red bull Volkswagen beetles with larger than life. Red bull cans strapped to their backs showed up at beaches, at colleges, gyms, and even office buildings with a free sample.

Even Bartenders had quickly learned that this new drink is a money machine. It’s likely that you have at least once tested a Red bull mixed with vodka or Jager. Since the mixes become two of the most popular drinks in bars everywhere. So soon the beverage was sold at nightclubs and festivals around the world, creating a competitive advantage for the Austrian brand. But this was not the end else the beginning of the Red bull marketing machine.

Throughout the sponsorship and ownership of the sports team. Red bull continuously engages with the customer in a deeper way than traditional advertising. And allows its customers to feel active and powerful by drinking from a can. That bares the same logo, as the formula 1 car, a skateboard, and a record-breaking parachute instead of sober storytelling they believe in story-performing.

They don’t do conventional marketing or try looking for stories to be associated with. They believe in creating their own stories and produce the content with their own media house. That means they hold the rights to all pictures of their events with social media.This results in viral communication effects that drastically improve the return on marketing. The ultimate example of Red Bull’s story performing was Felix Baumgartner from space in 2012.

The project cost Red bull company an impressive 50 million USD but some experts estimated the global reporting about the event to be worth approx 6 billion USD. So it was probably worth it, both sponsoring extreme sporting events and selling products with an edge. It enables Red bull to remain the market leader in its category. In 2019 they sold 7.5 billion cans which helped them to create revenue of over 6 billion us dollars to reach that much of revenue because they sold approx one can for each person in the world.

They spend almost a third of their revenue on marketing but despite the huge marketing budget, the revenue growth slowed down since 2012. The company is depending almost on one product only energy drink, which limits its growth and eventually becomes a big risk. Because of the growing awareness of health and nutrition issue that Red bull energy drink is causing obesity, insomnia, and diabetes.

But their investment in a sports team and media production are therefore not only in marketing activities. But that is for their attempt to diversify and create additional value chains to their Can business.

To implement sports as a business Red bull takes advantage of a fully integrated entertainment and media value chain. That ranges from, media production to team ownership, broadcasting, and contract management.

One example of how that strategy can work is Red bulls football teams. Owning more than one club gives them the opportunity to use synergies.

For example, when developing new talents, A player can potentially start his carrier in Brazil, move to Europe to play in the smaller Austrian league for Salzburg, and eventually can join Red bull Leipzig when he is ready to play in the champion league. At the end of his career, he might move to the new York bulls to spend the last years in major league soccer.

The team in New York is also a good example of how private equity in sports can generate value for Red bull. They purchased the team for an estimated 25m USD in 2006. According to Forbes, the team is now worth 290 million USD. So we can say that Red bull was able to tenfold their investment. And with the US soccer market on the rise, the price for a franchise in New York City will most likely soar in the future.

Even so, the overwhelming revenue driver(the new york bulls), to this day, remains the beverage sales representing approximately 97% of the total earnings and mention the other activities as “an ongoing brand investment”, which indicates that these are losses not profit at least not yet.

comment and let us know your views about the red bull company.

For getting more of this kind of stuff don’t forget to share your valuable thought’s in the comment section. 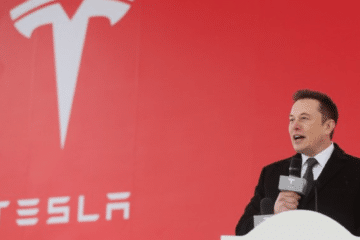 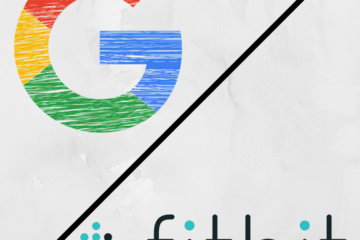